Fault: no sound, no display

NOTE: if the fault is no sound, but the display is working (and the radio tunes as normal),
then the fault is likely to be the headphone socket contacts. These buld up an oxide layer over time, particularly if
the headphone jack is not used for a while. In that case, simply insert and remove headphones in that socket
several times.

This report is regarding:

Status: red mains light on, but radio dead with the "On/Off" button either on or off.
No display and no sound.

C49 was of the wrong voltage rating. It was rated at 10V, but was across the 15V* supply
This is a design or manufacturing fault..
C49 had "exploded" and blown the 800mA fuse.

Also, there was no 15V continuity between C49 and C52, most likely the via hole at C52 was damaged by the current surge.
This meant there was no supply to the audio amp, hence no sound.

A link was placed in the position shown in the image below.

The capacitor C49 was removed.
Because of the difficulty in inserting a replacement (only limited tooling avaiable), it was not replaced.
It merely doubles up the decoupling that is already supplied by C52.

The radio appeared to work ok without it.

This is the view from the other side of the board, showing the position of C49: 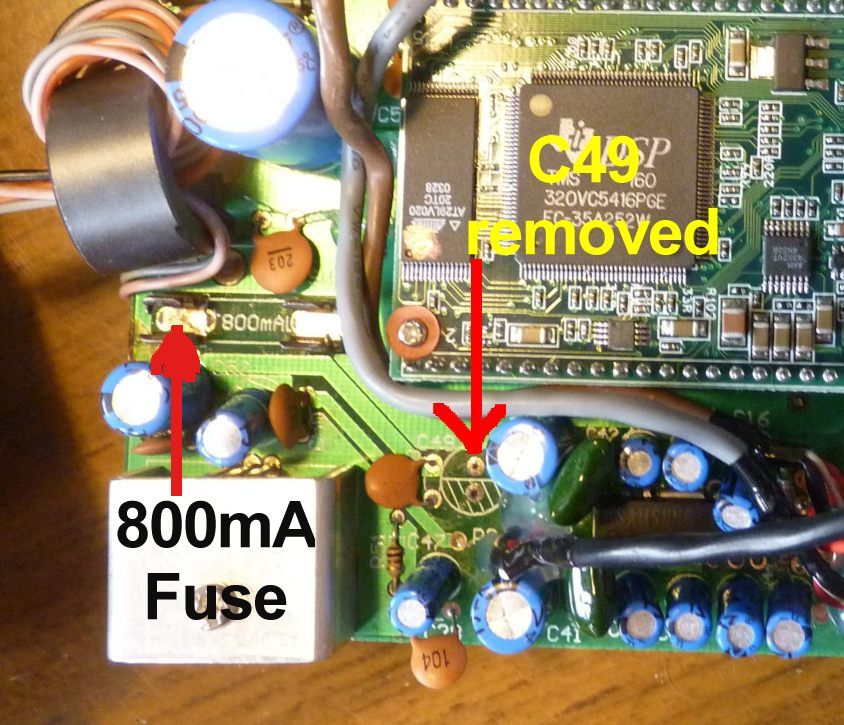 Testing was done with a lab power supply set to 15V, connected after the 800mA fuse holder.

Even though this may not be the only fault that may occur with this radio, I thought I'd share it online, to add to the fault reports available.

Please let me know if this was the fault you had, and if this report has been helpful.
Click the button below.

For those of you interested in the Audio Amp Data Sheet, here it is: 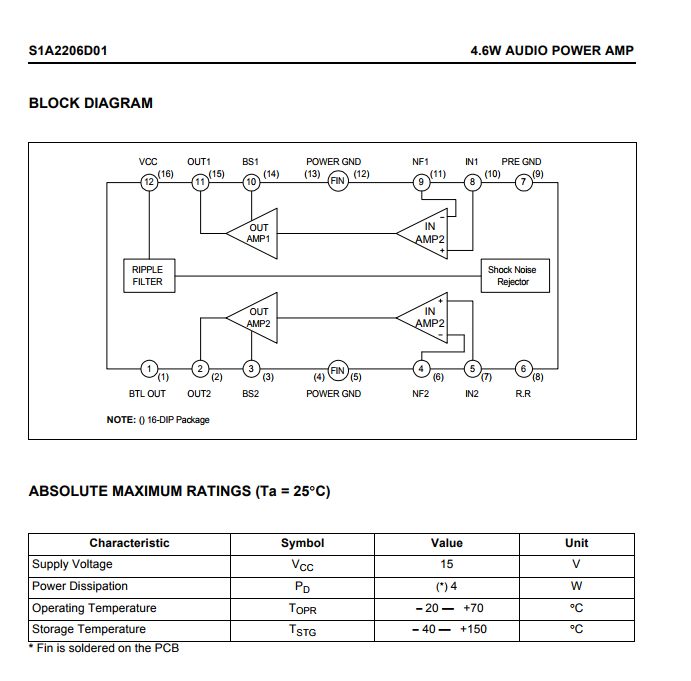